I’ve been riding on road for 38 years, which makes me sound older than I feel! I ride all year round, usually clocking up around 20,000 miles per annum, comprising everyday stuff & as many longer tours as I can cram in. I joined RoSPA Advanced Drivers and Riders – Cleveland in 2006, mainly to refresh my skills originally learned back in the 80s as a Star Rider Advanced Instructor…. I’m making myself sound old again. As you can see from my profile picture, I fall firmly into the ‘typical Advanced rider’ camp, having run BMW RTs since 1996. I also run a Suzuki V Strom & a CCM 644. 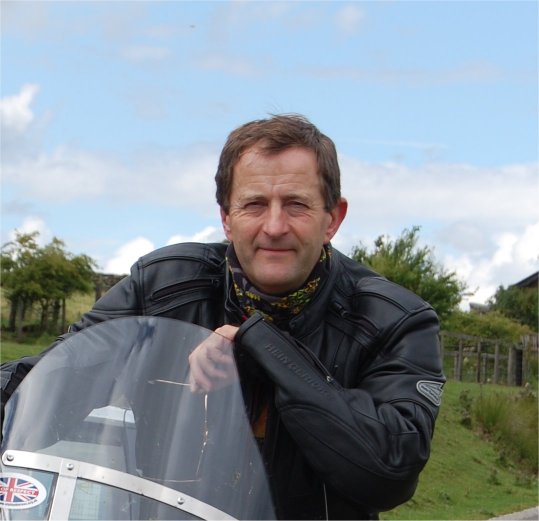 I’ve been riding motorcycles for about twenty five years now and like Steve have never been without a bike in all that time. I recently retired from Cleveland Police, during my time with them I spent twelve years with what was then the Road Traffic Dept, spending five years with the cars and seven on bikes. I held a Police class one licence on cars and bikes for this time. I have been a member with both IAM and Rospa for some years including acting as an observer / tutor. However work tended to get in the way and the last fifteen years I spent as aircrew with the helicopter unit leaving me no time to carryout observer training. Now finding myself “free again”,  I’ve renewed my Rospa bike licence to gold standard and qualified as a tutor again. I ride a 2009 Harley Davidson Road King.

Peter is both a Car and Motor Bike tutor, and an active member of the committee in the position as the Rides Coordinator. Peter has gone from strength to strength achieving a Gold in his Bike Test and then in 2013 passing his advanced bike tutor's exam. He is now one of RoSPA Advanced Drivers and Riders – Cleveland's Advanced Bike Tutors. He currently rides ZZR 1400. 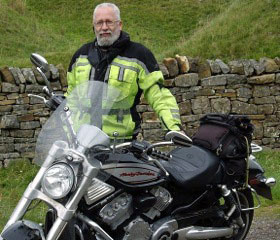 I’ve been riding for over thirty years on a variety of different bikes and tend to ride all year round despite the British weather.

I wanted to improve my skills and finally took the plunge and passed the IAM test with Durham Advanced Motorcyclists followed by the Rospa qualification at gold level with Cleveland RoADAR. The whole experience was very enjoyable and I now have the opportunity pass on the benefitsRoSPA Advanced Drivers and Riders – Cleveland of advanced riding to others.